Having white teeth is often an indicator to other people that your teeth are youthful and healthy, but is it actually true? The reality is, some people can have perfectly white looking teeth without their mouth being as healthy as it should. Here's just a few of the problems that can develop all while your teeth are white:

Late-stage cavities often appear as dark holes, but early on, they don't necessarily look like that. Some cavities are nearly invisible to the eye, while others actually appear white, as they're still in the process of destroying the enamel layer of the tooth. It's only once they reach the deeper layers that they tend to appear dark instead of light.

Whitening your teeth might help to hide these cavities, meaning that if your teeth are particularly white, you might not be able to tell yourself if you have a cavity until it's late-stage.

Problems don't just start on the outside of teeth. While bacteria responsible for cavities and other problems can definitely damage teeth, some problems begin on the inside.

One such example is tooth resorption. This is particularly common among kids, but it can happen to adults, too. Tooth resorption is a condition where the natural mechanism for a tooth to fall out triggers on an adult tooth instead of a baby tooth. In essence, it's like a cavity forming on the inside of the tooth that gradually works its way outwards. Since it's only visible once it breaks through the outer surface, most people don't know that they have one until it's very late stage. Needless to say, your teeth can look white on the outside and still have this condition.

Lastly, white teeth don't say anything about the health of your gums, but your gums play an important role in keeping your teeth healthy. People can definitely have gum disease while also having white teeth, especially if they whiten their teeth.

Unfortunately, as the gums get sicker, they can put the teeth at risk. People with gum disease are at a higher risk of losing teeth. So those pearly whites you're proud of now might not last if your gums are unhealthy.

Whether you're considering your own teeth or one of your family members, don't judge those teeth just by how they look. Their appearance may be hiding a more serious condition that you just don't know about yet.

Make sure that you are seeing your family dentist for regular checkups. 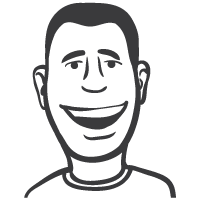 When it comes to your dental health, you can't cut corners. I learned this the hard way about six months ago. I'm a busy mom and self employed contractor. I always nagged my kids about brushing their teeth and staying away from sugary snacks. But I didn't always follow my own advice. After experiencing severe tooth decay, I finally decided to take better care of my teeth. I now brush and floss two or three times a day and monitor what I eat. I developed this blog for parents, singles, and anyone in the between. I believe that every person can change the way they do things when it comes to their dental health. I hope you find my tips, information, and facts helpful. Good luck and don't let your busy life interfere with your dental hygiene.

Getting Back In The Game: Returning To The Dentist After Years - 21 November 2019

Why Cosmetic Dentistry Is Worth The Money - 4 October 2019